Photographic Artist bringing the outdoors in

I’ve been a photographer for as long as I can remember.

When I was five I borrowed dad’s camera and took a picture of some pink lupins in the garden. A week later, the envelope arrived back from the chemists and I could hardly believe the magic; the flowers were alive on the print but dead in the garden.

Years later, after art school I experimented with many camera techniques before becoming a photographic artist. I’ve travelled to nearly 60 countries in pursuit of the perfect location, before returning to my studio in London.

My projects include: The creation of very large (from 2m. to 8m. wide) prints, drawing on nature’s poetic reclamation of dry stone walls, which when viewed close up offer a clarity of detail far beyond the normal gaze: A set of similar sized - but vertical - pictures, challenging the conventions of landscape imagery: The Camberwell Beauties project where I’ve photographed - in extreme close up - some members of my local community, presented as 2m. wide prints: A more modest-sized series inspired by observing the nuances of Japanese culture through the prism of the elegantly placed bicycles: I've completed a long-term study of a single, isolated, metropolitan Wild Cherry Tree through the seasons, which led to another series capturing images of other solitary semi-urbanised trees, presented as 3m. wide prints, and finally a portfolio of photographs of rusting relics of the American Dream called Forgotten Heroes.

In many of my photographs, I concentrate on only two dimensions, confining my vision to the width and height of the subject. Of course, taking pictures in a 3D world, I cannot completely eliminate depth, but most of my images portray a ‘flattened’ version of what I see.

In complete contrast, my latest work, Flower Power, explicitly explores the physical depth of the subjects by enlarging images of flowers - most narrower than a thumb in width - to over a metre wide. Their designs are so infinitely complex, it’s hard to imagine that that they’re not the creation of some otherworldly intelligence. 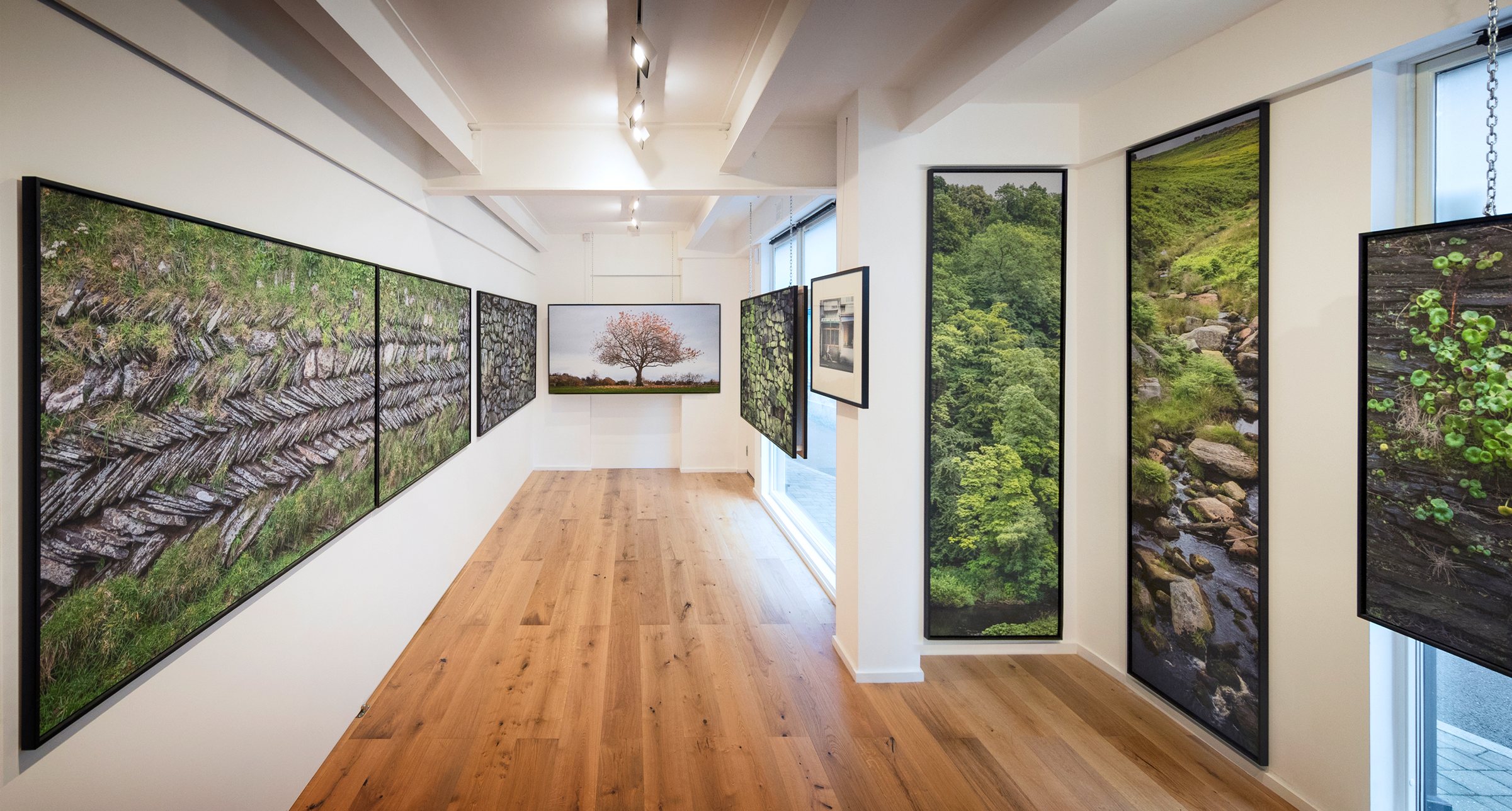